Life hasn’t really changed for Sam Bloom since a movie based on her life was released in 2020.

In Penguin BloomBloom, 50, was played by Australia’s own Naomi Watts. It chronicled her journey from sustaining a severe spinal injury during a family holiday in Thailand in 2013 through to her surgery, rehabilitation, descent into depression and how she rediscovered her joy.

“Honestly, the movie hasn’t changed us,” she tells 9Honey.

“I think the one thing that we’ve all really loved is the feedback from people who have seen the movie.

“I’ve had people reaching out from all around the world who saw the movie and related to it, who said now they don’t feel so alone.”

Bloom isn’t comfortable with the idea of ​​being viewed as ‘inspiring’, but understands it happens nonetheless.

“I like the idea that regardless of what happens, you can do some pretty amazing things.

It has been almost 10 years since Bloom fell off a balcony at her family’s holiday accommodation after leaning against the railing, not realizing dry rot had set in.

She fell six meters, shattering her spine at the T6 and T7 vertebrae and fracturing her skull in several places.

Bloom has no memory of the accident.

“I don’t even remember going up the stairs,” she explained on her website.

“My first memory was probably a day or two after and my mum and sister flew over. I remember saying to them ‘what are you guys doing here?’ and that was my first memory, I had no idea where I was.”

Bloom tells 9Honey the accident feels like a “lifetime ago”.

“It’s so weird. Sometimes I’m like, ‘Wow, I used to wear all sorts of outfits in winter.’ Now it’s always skinny black jeans,” she says.

Her children Rueben, Noah and Oliver are now 16, 19 and 20, and have seen their mum struggle to accept her disability and then not only regain her joy, but thrive.

“I think it [the accident and the aftermath] has made them more empathetic and not as judgmental,” she says.

“Not only have they seen what I’ve been through, but we’ve met some amazing people, especially in the adaptive surfing community.”

“We took them to a competition in America and they met some people who all had pretty horrific stories. There was this one guy who lost his legs and an arm in Afghanistan,” Bloom continues.

“Our injuries are completely different but we are in that same headspace that we could have died, trying to comprehend what happened.

“Surviving brings us such happiness.”

While Bloom was always an avid kayaker, she took up adaptive surfing following her accident and has gone on to win a recent competition in Hawaii.

Watching on nervously was husband Cameron, 51, who would normally have paddled her out, however for this competition it was decided she didn’t need this assistance.

Bloom not only manages to catch a wave, she won.

“I kept looking at Cam and he’d be doing arm movements, it was kind of cool,” she recalls.

The couple have been together for 30 years and Bloom counts herself as “extremely lucky” to have him.

“He’s just been so incredible and has always been there for me,” she says.

“He just keeps trying to work out ways to make my life easier and I appreciate that, but sometimes I just need him to leave me alone for a bit,” she jokes.

Bloom credits the amazing support she’s received since her accident with the life she enjoys today.

“When I came back from the hospital I wasn’t the same person. I was sad and angry,” she says.

That’s when Penguin, a wild magpie that features in Penguin Bloomcame into her life and stayed with her until she rediscovered her will to live.

“She stayed for two years and then one day she flew away,” Bloom says.

“She came at a perfect time and left at the perfect time. She flew away while I was in Italy kayaking. I was in a much better headspace and training all the time and she did her job and was outta here!”

“When you lose your mobility, your identity is taken away from you,” she says.

She has encouraged many to embrace adaptive sports as a way to come to terms with their disabilities.

Bloom will be appearing at the Sydney Disability Expor on the weekend of August 5 and 6 in the Exhibition Hall at Sydney Olympic Park in Homebush.

“I’ll be doing a Q&A and sign some books and talk about disability and it will be an expo to show the wide range of services there are to pick from,” she says.

For a daily dose of 9Honey, subscribe to our newsletter here. 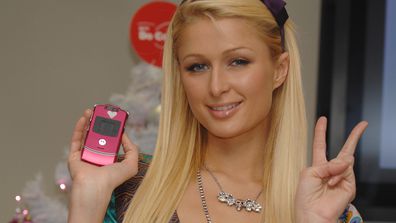